The Pain Behind The Smiles: Owen Wilson 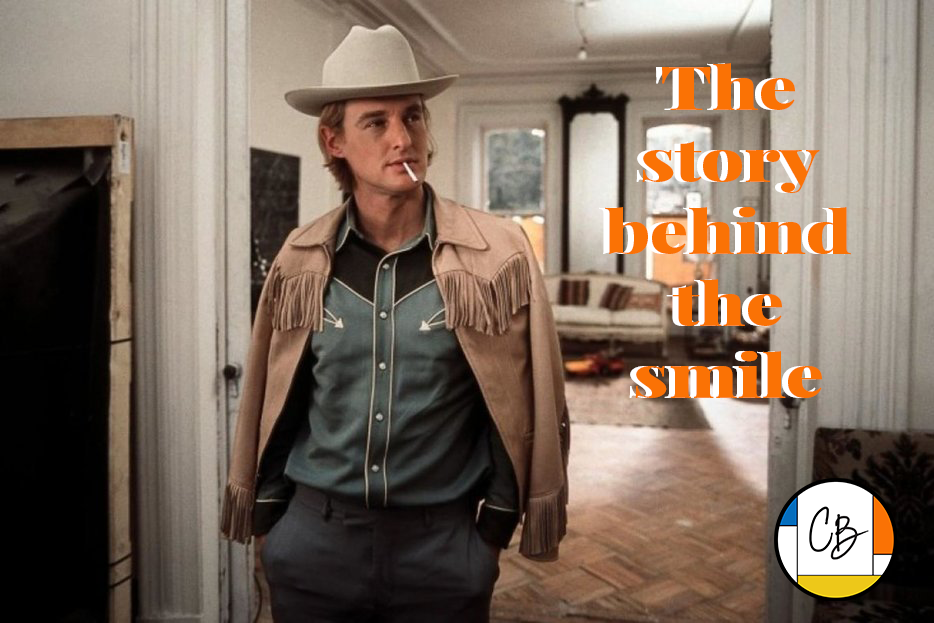 If you have thoughts about suicide or want to speak to someone:

If you are in Canada and live in a different city or province head to Crisis Service Canada to find someone to talk to.

For general resources, go to our Resources page for phone numbers and sources to support oneself.

Don’t let the title of this clip mislead you.

Here is Luke Wilson, talking about his character, Richie Tennenbaum in the film The Royal Tennenbaums (2001). He discusses the thought process and experience of playing a character that attempts suicide.

I included this clip because I think it is a good example of the glimpse into someone’s mind when they consider suicide as an option.

I adore Owen Wilson. His film repertoire has always been reliable. You know you are going to laugh and enjoy his cool calm characters.  From Bottle Rocket (short 1994 and feature 1996) and all the Wes Anderson and Ben Stiller films (whom I both love), his filmography is filled with genres, mainly comedies, dramas, action and now thrillers.

Whatever, you get it. I love him.

His image has always been the suave, collected and the recognizably humourous WOW. But behind his on-screen persona was a troubled person.

You may have known that he attempted suicide on August 26, 2007. I remember being so surprised and saddened that we could have lost such an amazing actor. For me, at the time, suicide was not discussed nor to have someone be able to live and heal from it. If you want to read more about it check out this People article.

This was such an eye-opening moment to the reality of suicide in our society and the facade one exhibits. This was 11 years ago. Though suicide and mental illness is still stigmatized, there has been more discussion about it than before. Reviewing some news clips from 2007 about his attempt was really hard to watch. The surprised reactions people had about this ‘happy-g0-lucky’ person in this state, is too typical and continues when we hear from more recently departed by suicide like Robin Williams (died August 2014) and Kate Spade (died June 2018).

Sometimes when we see people who seemingly are well, we neglect the thought that they could be unwell in that moment. Reaching out to people that are doing ‘well’ can also show them that they are supported.

It’s cases like these that remind me that speaking up, sharing ourselves and our experience can not only help ourselves heal but also others.

32 thoughts on “The Pain Behind The Smiles: Owen Wilson”