Sure, ma, I settle down with a nice girl every night, then I'm free the next morning.

We focus our topic on seduction, using our senses in film. The film in focus: Goodfellas, Martin Scorsese (1990)

First Part of Clip: Standing Up 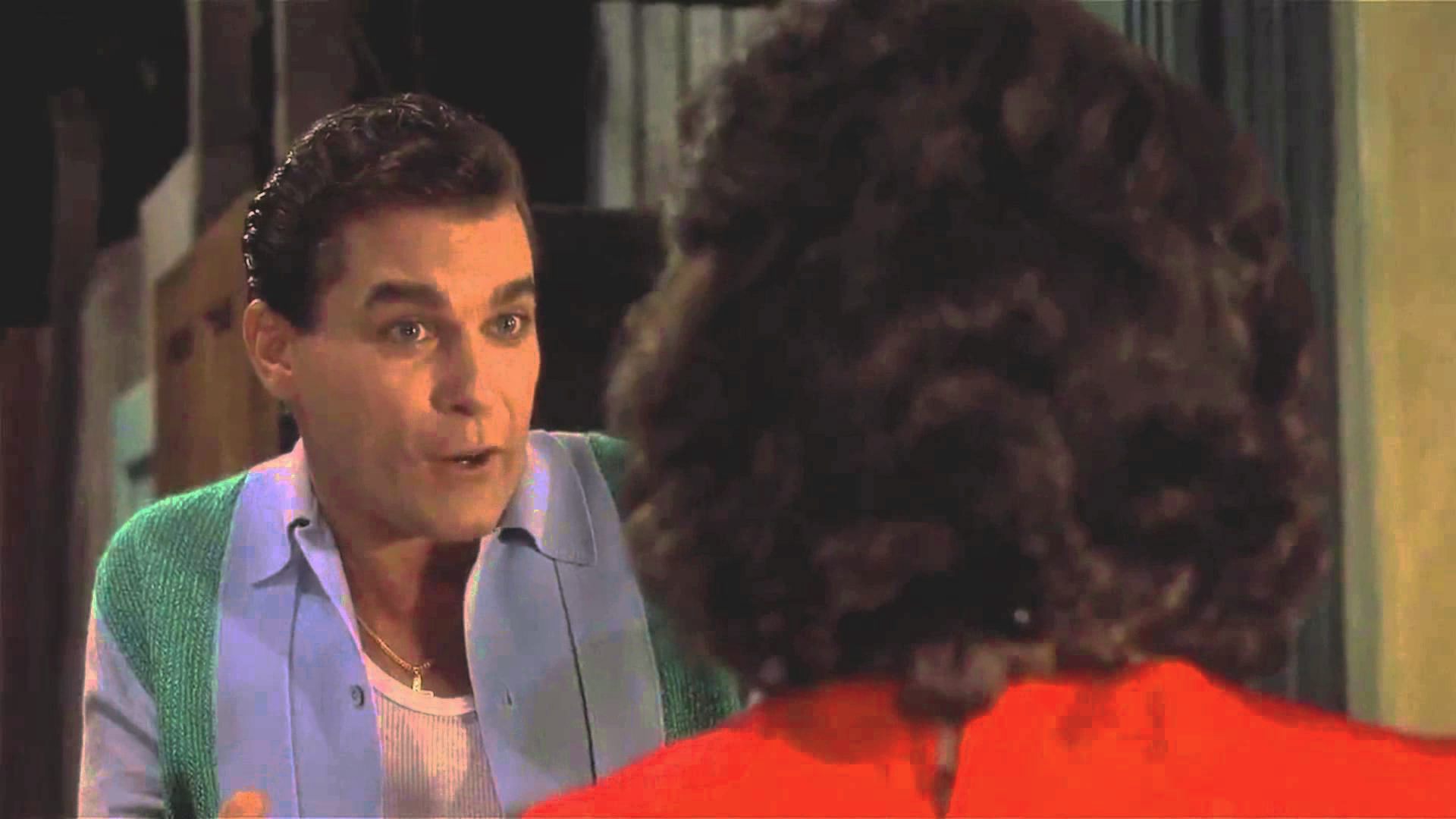 The moment in the film when Ray Liotta’s character looks at Karen right after she screams at him for standing her up, is the moment I objectified his character.

In the video it is at 0:49 when Henry pulls back, his eyes glare at her with impressions and mouths the word, Wow.  He is stunned by her courage to stand up for herself and looks her up and down to check out her body.

I can’t help but feel entransed by this ‘tough’ guy being put in his place. As I address this, while I objectify him, I am celebrating her.

She is holding all the power here. She made his friend drive her to him so that she can yell at him publically for standing her up. She tells him he needs to make it up to her. He celebrates her will to speak so directly to him. She knows her worth, and she won’t let anyone stand her up affect her esteem.

When you get stood up, it is time to stand up.

So now we enter the next wooing phase, the first date. This is where we get the check out the second half of this clip.

Feel free to watch it at any point.

Henry is ballin’ and he is showing Karen, da business! well not really but he definitely is setting an expectation he can upkeep. This is just a typical party night for him.

There isn’t much talking during this gorgeous long take. There is something sensual about it. Consider the below as you watch this clip:

I raise these up so you can see that this clip that may seem just transitional, says a lot.

while not having very much dialogue, a lot is being said.

Shout outs to the creator of this clip. Your edit of this film and summary really was clear and concise.

Think of your 5 senses: Visual, Audio, Taste, Tangible and Scent. (I could make the argument of seeing dead people but that sounds too morbid).

Which of your senses were used when you watched this?

Aside from having a snack you likely used visual and audio cues to understand the story. You fill in the gaps with the rest and create a full story in your mind.

Sensuality is the suspense around sexual activity. Making perspective in film and photography my interest.

Back to the clip.

The mystery of what you will see in the next turn, questioning when this walk will end and how loudly music is as you approach the noise? The length of this tracking shot, filmed 8 times was strategically planned. To create an affect on you.

What affect did this have on you? Did you see what I saw? Love to hear what you have to say about seduction. Stay tuned for a more in-dept article on Seduction as a form of self-knowing.

Aside from what you may consider this ‘cheesy’ trailer style, it was of the times. Here is the trailer for this film.

Just for being a wise guy, click the button to read what mentalfloss.com  says are the 24 Things You Might Not Know About Goodfellas.